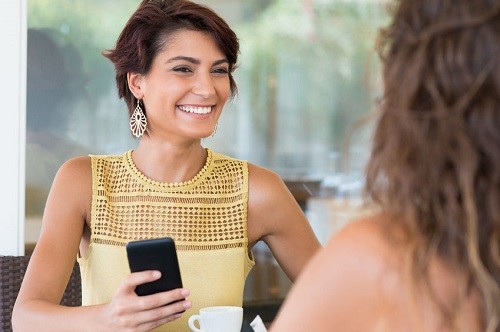 Have you ever wondered how successful people stay highly productive day after day? The secret of their productivity isn’t actually a secret. They simply know how to manage themselves and when to say no. Ultra-productive people don’t necessarily work longer and they’re not complete workaholics. They simply work a bit smarter than other people. If you feel stuck in your busy schedules, it’s time to make changes, improve your work rut and boost your career. No matter what obstacles block your career path, you have enough power to overcome them. Here are 8 daily habits of ultra-productive people that you can develop today.

1. They do the hardest tasks first

Procrastination is the biggest problem of most people. We often don’t feel like doing the difficult tasks and trick ourselves into thinking that we’ll accomplish them after lunch. The truth is, the most difficult tasks are never accomplished in the second part of the working day. Ultra-productive people know it so they always start their working days with the hardest projects. It’s a lot easier to accomplish easy tasks (or those that inspire you to work hard) at the end of the day.

2. They never overthink their projects and mistakes

Ultra-productive people don’t have time for overthinking. They make mistakes, learn from them and forget about them. They accomplish their tasks and projects and forget about them. They always try to solve their problems the moment they appear. Moreover, they never save phone calls and emails to deal with later. This habit is hard to master but it’s worth the effort.

3. They often say no

Ultra-productive people are not afraid to say no to the tasks and projects that they don’t like or want to accomplish. They often say no to people who ask them for help. It’s not selfish. though. The art of saying no is great and useful. First, because it helps people to do their work on time. Second, because they have more time to relax and do their household chores. Remember, you don’t have to do someone’s tasks regardless of the situation, especially if you have many stuff to tackle.

More: 8 Important Actions That Will Make You More Successful

Multitasking is a good thing at times, but it doesn’t help you stay productive during the day. Multitasking is actually a huge productivity killer. When you do one task at a time, you accomplish more than when you are trying to do a few tasks at once. Even if you manage to accomplish those tasks, the quality of your work may be worse. Ultra-productive people strive for better work, which is why they tend to focus on one project at a time.

5. They end their working day by preparing for the next

After a hard working day the last thing we want to think about is the next working day. However, when you plan your next day before you leave the office, you start the next day doing the most difficult tasks, and don’t spend your precious minutes making a to-do list in the morning. Ultra-productive people always end their working day with a to-do list for tomorrow.

6. They prioritize their tasks

When making their to-do lists, successful and productive people prioritize their tasks. They do the most difficult tasks first, then accomplish the most important ones, and if they have some time before the end of the working day, they try to get the less important tasks done. This way, they work productively without exhausting themselves. As I mentioned, you don’t have to work hard to get things done – you simply need to learn how to work a bit smarter.

7. They stick to their schedules

While it’s not always possible to stick to a schedule, you should do it most of the time in order to be more productive. If you hold a business meeting, make sure you keep it short. It’s difficult to stay focused when the meeting is very long and boring. Avoid discussing other topics, prepare an agenda in advance, set a time limit and stick to it. This is how ultra-productive people run their productive business meetings. In case you have any other topics to discuss, do it at the end of the meeting.

We are not superhumans. Sometimes even highly productive people can be overloaded with tasks. Delegating is an effective way to get everything done on time. If you know that you can delegate some of your tasks to other workers, do it, but only when you really need it. Avoid delegating all the time, or you will end up being highly unproductive worker.

Every day can be a productive day, if you really want it. Reconsider your daily habits – get rid of those that prevent you from being efficient during the day and adopt those that will make you more productive and successful. I hope these small productivity tips will help you boost your career and improve your overall life. Are you going to adopt any of these habits?

7 Signs You're Sabotaging Your Career

7 Smart Ways to Adjust to a New Work Team